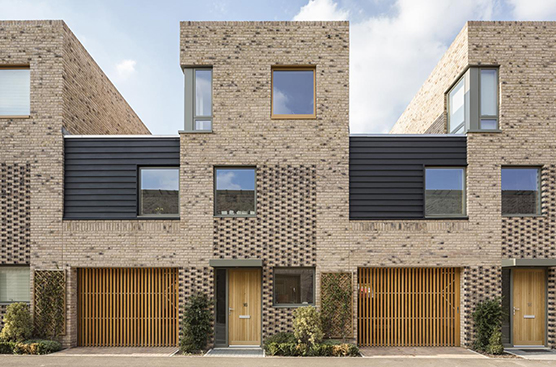 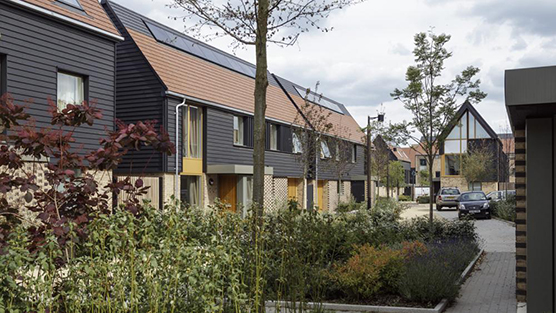 In February 2019 our  team along with a group of around 16 Councillors and Officers from Suffolk local authorities went on the first of three Suffolk Design Study Tours.

The group visited a diverse range of housing developments in and around Cambridge, and the first site visit lead by Alice Hamlin, Mole Architects, was to Marmalade Lane, a sustainable co-housing neighbourhood comprising of 42 homes.  The group learned about co-housing principles and their impact on the design, as well as the house types and customisation. They were also joined by local residents in the Common House.

Further site visits included the North-West Cambridge Development; an extension to the City, led by Visit Cambridge. The group were shown around Storey’s Field Centre, they also looked at Ryle Yard, Eddington, by Witherford Watson Mann and Maccreanor Lavington.

After a well-earned lunchbreak at Anstey Hall, the mixed group were treated to two more site visits including the Trumpington Meadows development, with a tour and talk lead by one of our Kent Design members; Adam Tillion of Barratt David Wilson Homes, touching on the history and design evolution of the development which is set within a 148-acre country park.

The last stop was at Abode, Great Kneighton, a major housing and mixed-use development in the city’s Southern Fringe growth area. A guided tour and talk by the architect Stephen Proctor, Proctor & Matthews Architects looked at varied housing types to suit the transition from urban to rural edge.