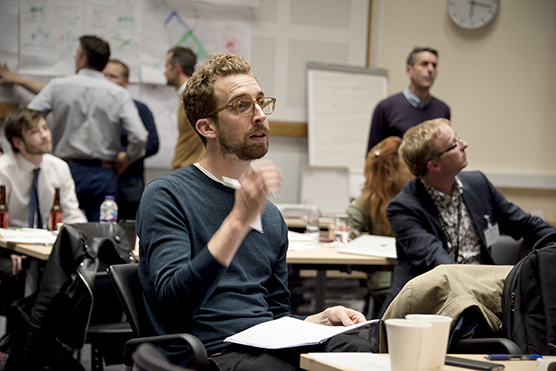 Braintree District Council knew that one of its historic market towns had the potential to play a greater role in the local economy; what was needed was clear vision for the future, developed with and by the town’s stakeholders.

Though the Council recognised that need for leadership, it also recognised that independent facilitation would help to accelerate the development of the vision and help to balance competing voices.

The council asked us to set out how we approach this challenge and we articulated a programme of facilitated workshops which started with the council and gradually widened to include the whole community, with each workshop strengthening the vision and commitment to it.

Our role was to plan, facilitate and document the workshops, which we delivered over three months. Each session fostered collaboration, and, though grounded in reality, encouraged ambition. A key part of each session was benchmarking against similar towns, followed by joint working to define the unique assets of the town to build on in order to set clear objectives for the future, which we captured in words and diagrams.

Through the process we helped unlock barriers to agreement on the principles and we helped stakeholders to articulate their vision.