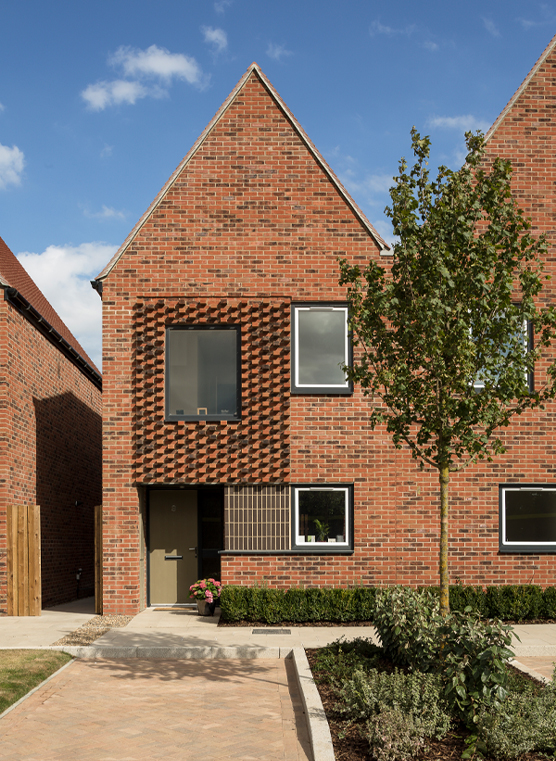 Located in the urban fringe, in an area of relatively low values, the site is next to a scheduled ancient monument and has views to the landscape of the North Downs. A planning application had been submitted, but the council thought that application was unsatisfactory on a number of counts – in particular its failure to respond adequately to the context and topography, the views and the openness of the site.

To help to broker a way forward we were asked to review the application. With the support of Design South East, Medway Council defended its decision that the proposed scheme was not the right one for the site and the developer withdrew the application. The developer then appointed a new design team, Proctor and Matthews Architects, who proposed an alternative approach that responded to the qualities of the site and context. Both the developer and architects fully engaged with Design South East, and our constructive, collaborative process brokered a better mutual understanding between the developer and the council. Following two reviews, we were able to fully support the revised scheme, and, with this support, the proposed development received planning consent.

We measure our success by the improvements we secure in design quality for our local authority clients and this is an excellent example of how we can facilitate improved outcome for all stakeholders; including the community. Horsted Park is one of the most successful housing developments in the South East, it has won numerous awards including a Housing Design Award and a Brick Award and was named Housing Project of the Year by Building Magazine in 2013. We now review the majority of major applications for the council, working closely with the design and planning teams, including Rochester Riverside, Strood Riverside and Chatham Waters.